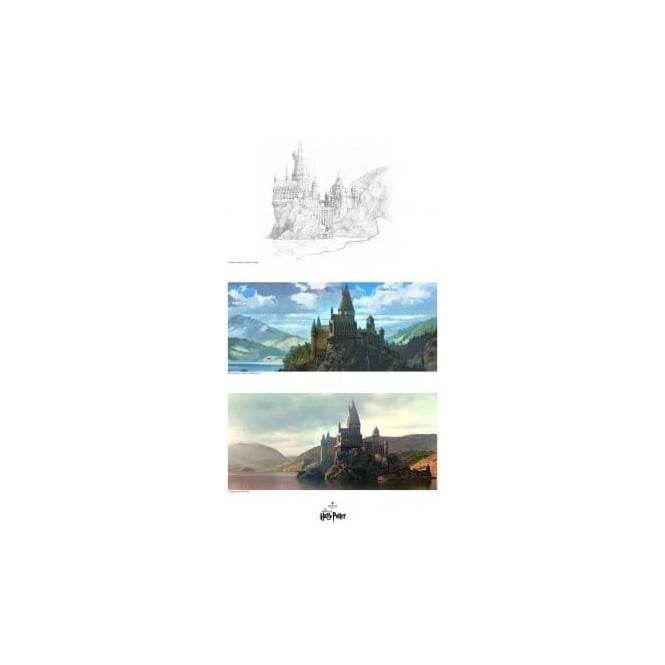 Creating Hogwarts and the Black Lake

This art showcases the visual development process in film making. The top frame is Stuart Craig’s concept sketch, the middle frame the image rendered digitally in color, and the bottom a frame from the finished film.

Over a decade ago, world-renowned writer, J.K. Rowling created the world of Harry Potter, capturing the imaginations of millions of children and adults. Since then, followers of ‘the boy who lived’ have seen him grow though up through a seven-book series that takes place in a magical world of castles, creatures, witches and wizards.

To bring this deeply imaginative story to the movie screen, Warner Bros. and the Harry Potter series producer, David Heyman enlisted an outstanding team of filmmakers including award-winning production designer, Stuart Craig. Craig feels that the filmmaking process is about giving the audience images (sometimes even exaggerating them for effect) and eliminating anything that gets in the way of people understanding and following the story. The result of his meticulous study of the world Rowling created, is a series of production designs rendered under his direction by top illustrators such as Andrew Williamson. The result is a visual creation of Harry’s world that has thrilled filmgoers worldwide.

The Art of the Harry Potter Film Series now allows collectors to own these brilliant film-production images as limited edition fine art prints. Each print in the series is hand-numbered and signed by Stuart Craig.