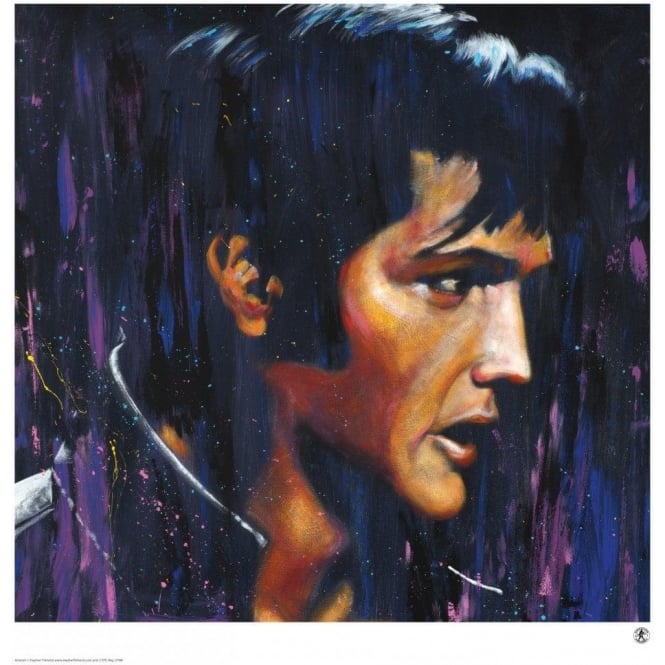 In addition to being an accomplished artist, it was in 2004 that Stephen started combining his passion for music, his love of people and animals, and his art to bring his unique brand of high-energy speed painting.

In the show known as Art Attack, A Full on Creative Assault, Stephen transforms a blank canvas into dynamic live portraits of icons such as Jimi Hendrix, Elvis and Bono choreographed to music.  His energy is infectious and the audience is on its feet, clapping and dancing along with Stephen as he creates his magic on canvas with riotous strokes of color both from his brushes and his bare hands – creating stunning images in a matter of minutes.

His goal is always to share with the crowd the electric euphoria that he gets from painting live on stage, and his hope is to ignite that natural creative spirit in each of us.  Stephen has traveled with this stunning show rocking millions of eyes annually around the world in such locations as Japan, Beirut, Kuwait, Germany, Canada, and all over the United States.