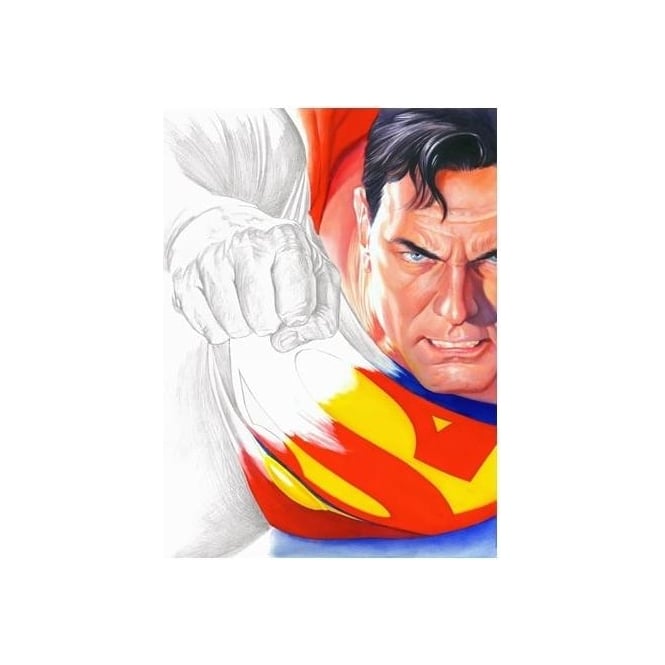 • This is the cover art for the newest Alex Ross art book: Rough Justice, which features the original drawings and sketches of Alex Ross. The book is edited by Chipp Kidd, who also wrote and edited the Mythology book.

• The is the first fine art release that reveals Alex Ross’ process as he works, creating a highly detailed sketch and then layering the colors over the pencil.

• Superman was originally created by Jerry Siegel and Joe Shuster.

• In Superman’s very first iteration, he was actually a villain.

• While Superman possesses super-human strength on Earth, on his home planet of Krypton, the Man of Steel is no stronger than an average human.