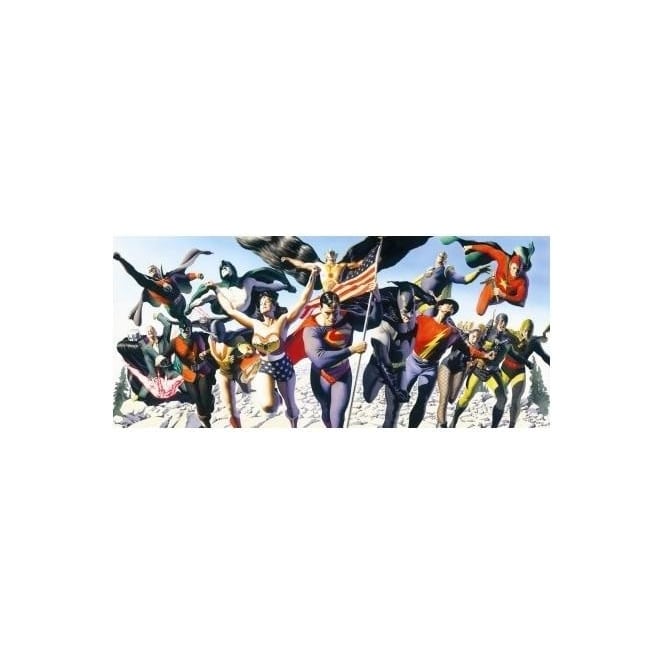 Alex Ross, one of the most renowned painters working in comics today, has captured The Justice Society at the height of its power, with 16 of the original members represented in this stunning print which is signed by the award-winning artist. The illustration includes (top row, from left) Green Lantern, The Spectre, Hawkman, Dr. Fate, Starman; (bottom row, from left) The Red Tornado, Johnny Thunder and Thunderbolt, Dr. Mid-Nite, The Atom, Wonder Woman, Superman, Batman, The Flash, Black Canary, Sandman and Hourman. These were among the most popular and exciting heroes of the early 1940s, when the Golden Age of comics was at its peak.This is a limited edition fine art print on canvas issued in 1997
and created exclusively for the Warner Bros. Studio Store Gallery. Signed by Alex Ross