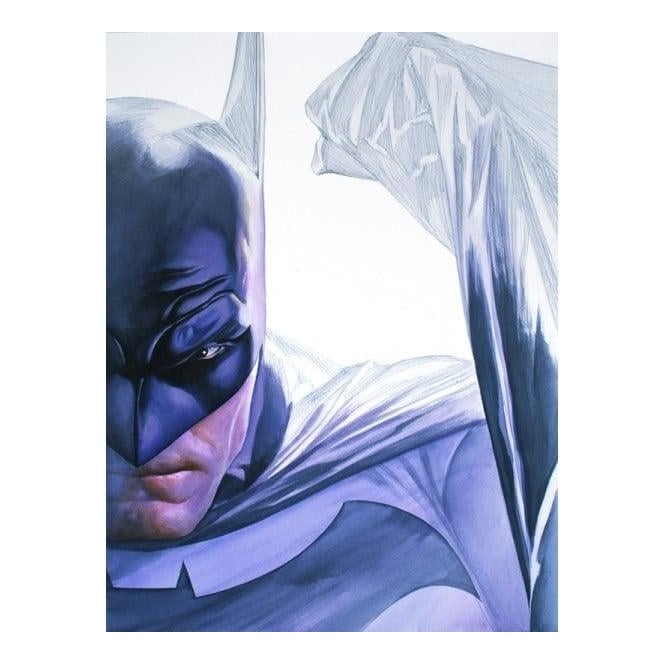 This is the cover art for the newest Alex Ross art book: Rough Justice, which features the original drawings and sketches of Alex Ross. The book is edited by Chipp Kidd, who also wrote and edited the Mythology book.

The is the second fine art release that reveals Alex Ross’ process as he works, creating a highly detailed sketch and then layering the colors over the pencil.

Born in Portland, Oregon and raised in Texas, Ross inherited his artistic skill from his mother and grandfather. Alex first discovered Spiderman whilst very young and was encouraged, by his father to appreciate the values that superheroes stood for, and in turn wanted to recreate them.
At 17, Ross went to a fine art academy in Chicago to study painting. Here he learned that he had the ability to represent the human model he was drawing, noting that others in his class could not say the same. It was a turning point for understanding his talent of photo-realism.

His talent was unleashed with Marvels, his first collaborative project, with Kurt Busiek. The follow up was Kingdom Come: a visual masterpiece in which Ross' father was the inspiration for the main character.

Alex Ross is so uniquely positioned within the comic industry working on projects that personally excite him or that have a message for him to relay.
It is not often that a comic artist is hailed as a legend in his own time but, for us, the mantle sits securely around his shoulders.