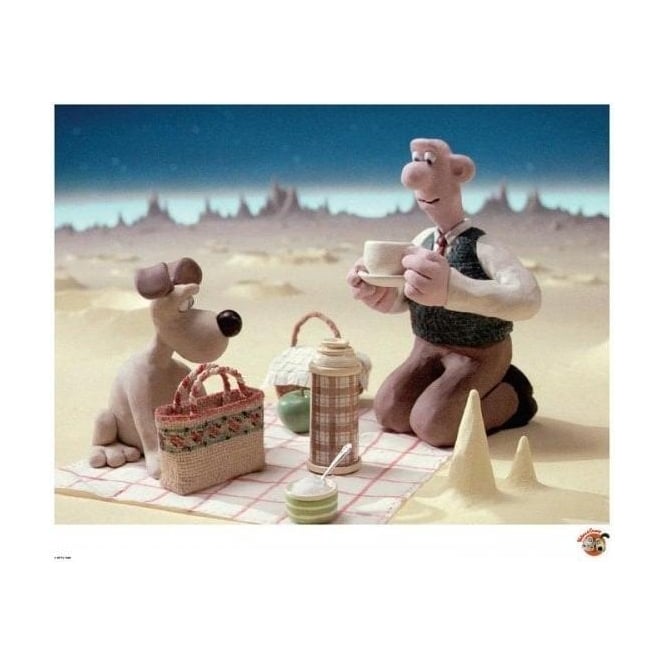 Wallace and Gromit are the main characters in a British series consisting of four animated short films and a feature-length film by Nick Park of Aardman Animations. The characters are made from moulded plasticine modelling clay on metal armatures, and filmed with stop motion clay animation.

Wallace, an absent-minded inventor living in Wigan, Lancashire, is a cheese enthusiast who is especially fond of Wensleydale. His companion, Gromit, is an anthropomorphic intelligent dog. Wallace is voiced by veteran actor Peter Sallis; Gromit remains silent, communicating only through facial expressions and body language.

Because of their endearing (if quirky) personalities and widespread popularity, the characters have been described as positive international icons of both modern British culture in particular and the British people in general. BBC News has called them "some of the best-known and best-loved stars to come out of the UK".Icons has said they have done "more to improve the image of the English world-wide than any officially appointed ambassadors". The short films The Wrong Trousers and A Close Shave and the full length feature The Curse of the Were-Rabbit all received Academy Awards. The first short film, A Grand Day Out, was nominated for the Academy Award for Best Animated Short Film, but lost to Creature Comforts, another animated creation of Nick Park. The most recent short film A Matter of Loaf and Death was likewise nominated in 2010. The films have received critical acclaim, with all four of the short films having 100% positive ratings on aggregation site Rotten Tomatoes and the feature film having a 95% rating, placing it in the top 20 animated feature films on the site.