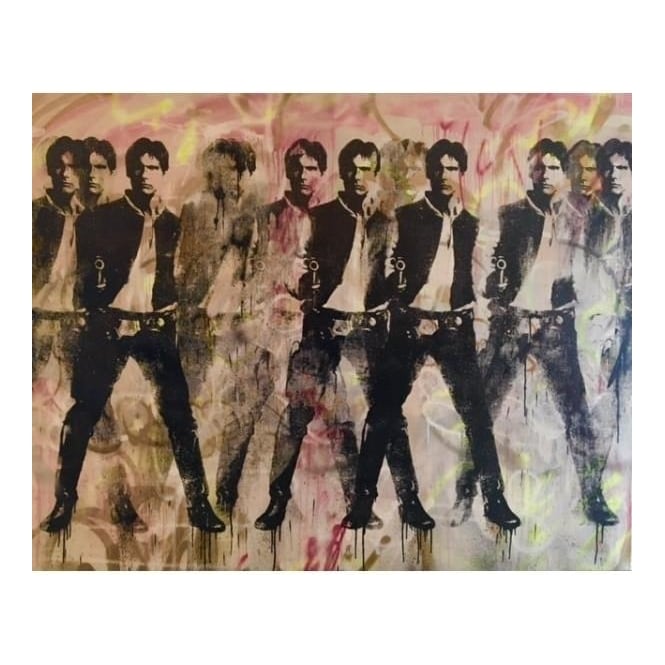 Ryan Callanan is one of the most sought after names in contemporary printmaking and graphics today. A prominent artist on the Street Art scene for more than a decade he was chosen as a British Jubilee Artist alongside Sir Peter Blake.

From the starting point of the emblematic visual sign, Ryan began a series of works using the smiley face synonymous with acid house rave culture in the 1980s. Working in bas-relief, this iconic motif was recontextualised by rendering it in a material and style usually associated with traditional British pub signs. A highly technical skill obtained and finessed through Ryan’s parallel career in the sign making industry.

Ryan progressed this visual aesthetic onto text, using colloquial words or phrases such as ‘fanfuckintastic’ or quotes from significant song lyrics, such as 90s hip hop and rap. Important to all Ryan’s work to date is this concept of the cross reference: taking one item out of its context and splicing it with another to create something that feels familiar but whose meaning is subtly shifted. This is a common theme that has run throughout his practice, which has seen him draw upon a broad spectrum of contemporary cultures, including music, pop art and renaissance in work that is often refreshingly comic and accessible.

His alter ego RYCA pushes the boundaries of popular culture even further in an altogether different arena of nostalgia. Paying homage to iconic genre shaping movies such as Star Wars and Back to the Future where his work has been lauded by fans and original film makers alike.