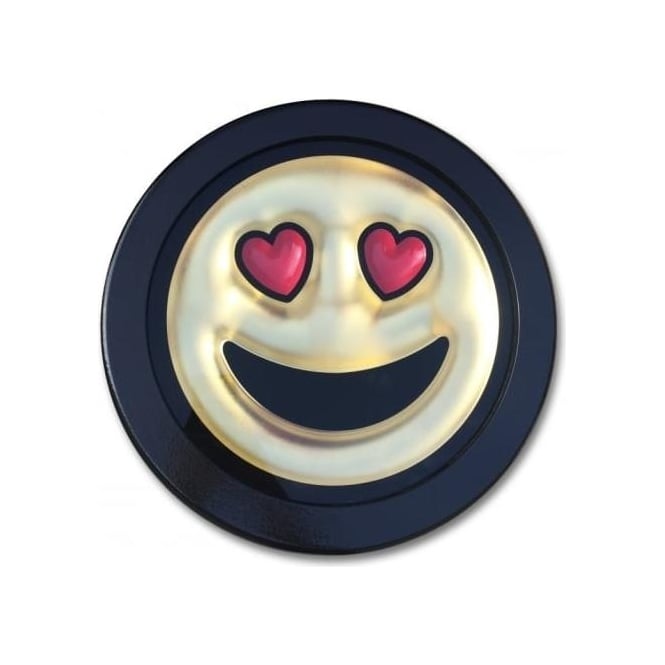 Ryan Callanan is the alter ego of his alias 'RYCA' under which he became a prominent artist on the Street Art Scene. Ryan Callanan's highly disciplined work is a move away from this aesthetic towards a new practice that focuses more on the skills and techniques he developed as a 3D sign writer. Ryan Callanan began with a series of 3D works of the smiley face which is synonymous with Acid House rave culture of the 1980s. He re-contextualised this iconic motif by rendering it in materials and a style usually associated with traditional pub signs; bas-relief, gold inlay and a black lacquered background. This led to a highly successful series of works in the visual style of the subverted pub sign.

Before working as a sign writer Ryan studied 3D Design and Modelmaking. Through his qualification and over 10 years of professional work he has acquired a vast knowledge of materials, learning about surface finish, spray painting, casting and moulding. 'From day one in college (1998) to now, I have discovered new methods and processes every day. Technology is important and keeping up with the latest developments is essential,' Ryan explains. In fact Ben Eine has called Ryan Callanan a 'chemist-like' expert with materials and techniques. Ryan Callanan is deeply concerned with the accessibility of his art. With the aspiration of making his work enjoyable and coherent for as many people as possible, he began to play with recognisable symbols. By appropriating motifs such as the Cherry and the Watermelon of a fruit machine, Ryan created brilliant, simple visual puns. From symbols, Ryan turned his aesthetic to text, exploring colloquial words and quotes. He created a series of signs of 'expletive-insertions' (a process by which an expletive or profanity is inserted into a word). These ingeniously witty works cleverly tap into the collective British psyche in which the pub sign has become an unconsciously absorbed reference point against which Ryan's words and symbols react.

The pieces continued to combine numerous techniques with glass, gilding, resin and lettering. A beautiful example of one of these 'expletive-insertions' is the work Ryan created for photographer JR. For several years now, Ryan has been exploring song lyrics that are personally significant from his childhood and youth. The musical sources of his lyric works have been diverse and have included some classic 1990s hip hop, such as 'C.R.E.A.M.' [Cash Rules Everything Around Me] by New York group Wu-Tang Clan, and 'Insane in the Brain' by American hip hop group Cypress Hill (from which the popular lyric 'Insane in the membrane' comes). The response to these highly original and poetic pieces has been incredible with music producers and writers buying up whole editions. Ryan's work draws on a wide spectrum of popular culture. By cross referencing the familiar (pub signs, smiley faces, lyrics etc) he creates pieces which are ostensibly commonplace but actually highly original and unusual with subtly shifted meanings.

His body of work istruly pushing the boundaries and rejuvenating the dying art of sign writing. In his own words, Ryan wants 'to really establish the aesthetic of what I call old fashioned signage as an art form to make it mine. Nothing is truly original but I don't know of anyone else doing this kind of work.' Ryan Callanan has collaborated with numerous acclaimed artists including David Walker, Stik, Ben Eine and Sick Boy, as well DJ Fatboy Slim. He has had several highly successful solo shows.