X
Cookies are used for ads personalisation and improve your shopping experience. If you want to benefit from this improved service, please opt-in. Cookies Page.
Accept Cookies
£35 OR £100 OFF* YOUR FIRST ORDER - CLICK HERE TO GET YOUR CODE NOW
0% Interest Free Over 10 months
FREE UK DELIVERY On All Orders
Drop us a call 0161 2477870 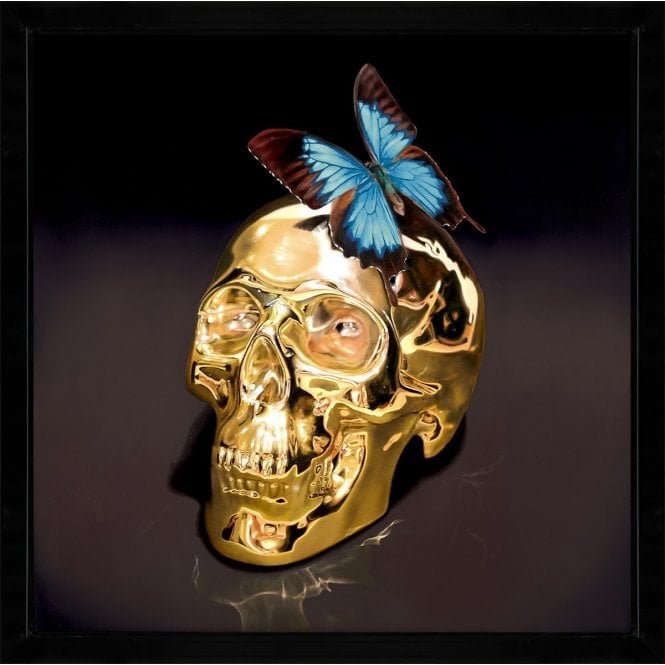 Code:
Available Item out of Stock   |
Loading...
Interest Free Finance Available 0% APR (representative)
0% finance only £69.50 £57.92 p/m
awarded when you purchase this product
Rory was born in Swansea, South Wales in 1987. He studied ‘Fine Art’ followed by ‘Graphic Design and Illustration’ and eventually moved on to study ‘Photography and Fine Art’. He is primarily a photorealistic oil painter but also likes to draw, sculpt and photograph his surroundings.

He takes photographs of friends a lot of the time but draws most of his photographic inspiration from famous photographers such as David LaChapelle, Pierre et Gilles and Miles Aldridge who share a colourful, highly glamourous aesthetic hiding darker themes.

Andy Warhol is also a massive inspiration to him as his innovative take on consumerism changed the landscape of the art world and made people more knowledgeable about advertising, marketing-hype and propaganda.

His personal experiences don’t influence his work as much as the experiences of the masses. He is more comfortable telling other people’s stories than his own. He is fascinated with consumerism and trends, taking inspiration from glossy high-fashion magazines and subverting them into something thought provoking, excessive and sometimes, macabre. He likes to explore the seductive nature of high glamour and society’s preoccupation with materialism.

He aims to challenge our perceptions, question social norms and point out how our attention is being appropriated and directed. He sees the future as an opportunity to explore even more extravagant and surreal concepts based on a constantly changing society.

Rory is known as a rule breaker and a risk taker. He has already built a reputation as an influential artistic voice in modern consumerist society, exploring and exposing the expendable or fake artistic elements of 21st century life.

He manipulated images which were created to sell a product and turns them into high art which instead sells an idea of the times we live in.

His work has been exhibited in galleries in London and the provinces in New Delhi and his exhibition in Shoreditch called ‘Vermillionaire’ was featured in Huck magazine under the title ‘What it’s really like to be a young, break-out artist’.

His work is glamorous and edgy with a hidden message. His thought provoking art work has been described by many as ‘Fabulous’.

We offer a free U.K. delivery on art and sculpture as well as using a specialist fragile shipping service for glazed art.

All Artwork and Sculptures that are showing as 'available' are either here in the gallery or are with the Artist or Publishing Company.

Artwork and Sculptures that are here in the gallery we can aim to ship out within 1-2 working days however your new artwork may be bespoke to your order. Artwork that is with the Publisher or Artist, that needs framing or is bespoke will come with a small lead time and your confirmation email will have estimated times of arrival. Please do contact the gallery if you have any questions regarding delivery ETA.

If you have agreed a return of your artwork with the gallery please ensure it is in the correct packaging and safely returned either in person or via courier. If you would like the gallery to arrange collection we can deduct shipping cost from the refund value for you and action a refund once the artwork is safely with us.