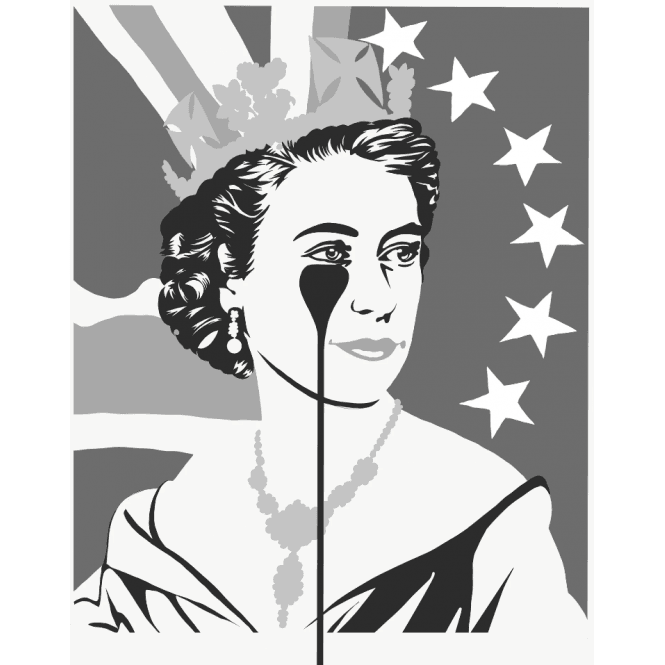 What is sure to be a classic of its time and if you enjoy a spot current affairs this one is a winner. As part of the Nightmare series from Pure Evil, 'Brexit Nightmare' is available in two colour ways either unframed or framed.

Charles Uzzell-Edwards is a graffiti and street artist known better known by the cheeky moniker Pure Evil. His tag of a vampire bunny rabbit was bore from the artist's feeling of remorse after shooting a rabbit in the countryside as a youth. Charley explains, I've always regretted this terrible deed and the idea is that the rabbit is coming back to haunt me. The great thing is, you can do it in about five seconds. If you are running through the streets of Moscow at night you can just do a quick bunny on the side of a hoarding and run away. He is also the son of the late Welsh painter John Uzzell Edwards. Having Pure Evil as a nickname is a bit of a joke, Charley confesses, but it's a license to have fun with dark imagery. It reflects the darkness that's in the world right now. You can't just ignore it and do a nice picture of a unicorn. Unless it's a unicorn with a rocket launcher on its head.

Pure Evil explains that a chance email from a Chinese “copy village” gave impetus to his “Nightmare Series.” The village offered, via email, a list of artists it could reproduce, including three Andy Warhol paintings. The idea of Warhol’s entire artistic output distilled right down to three small 64 x64 pixel thumbnails of Jackie Kennedy, Liz Taylor and an Electric Chair became the inspiration for these doomed and dripping celebrity portraits. Why are they crying ? “Its an illustration of the heartbreak and sadness we have all experienced in relationships in the past.”