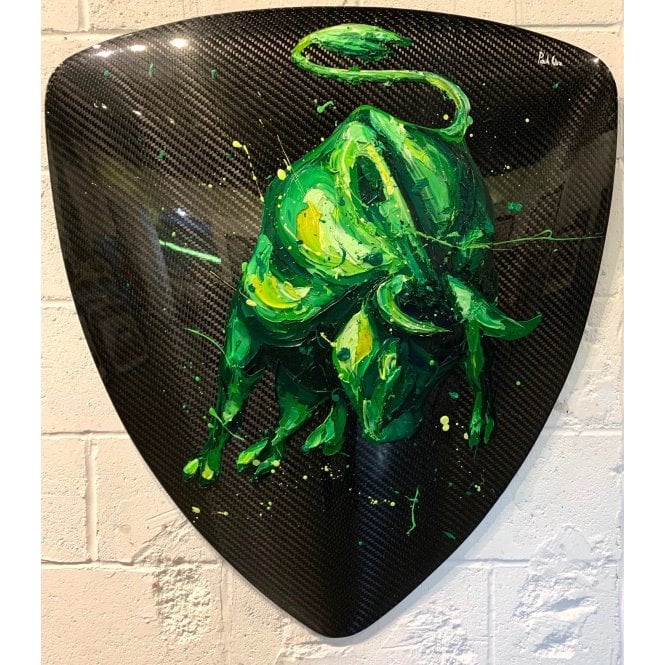 Neon Green 'Lamborghini Bull Shield' original was painted live for the UK launch of the stunning Huracan Evo Spyder. Paul Oz is one of the seminal names within British art. Having built an extensive collector base internationally that includes the likes of Jenson Button, Sir Alex Ferguson, Wretch32 and Theo Paphitis, the ever renowned Oz has in the past decade become one of the nation’s most collectable and exclusive artists.