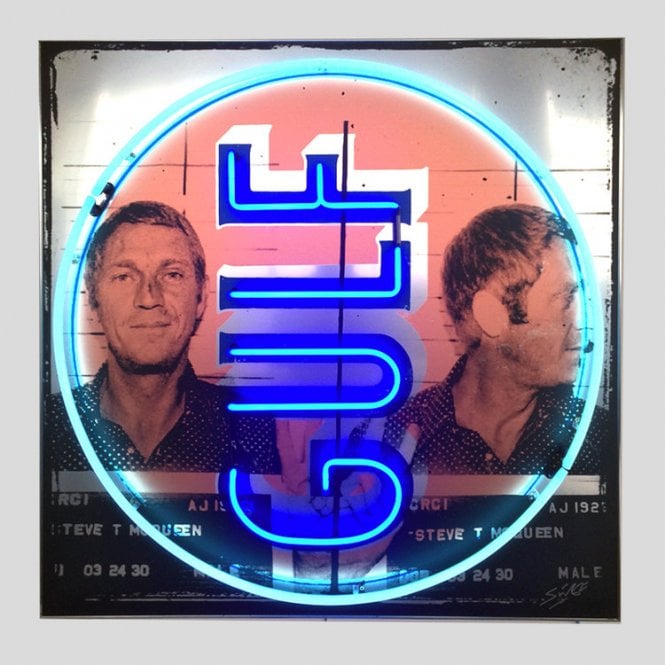 Code:
Available Item out of Stock |
Loading...
Interest Free Finance Available 0% APR (representative)
0% finance only £495.00£412.50 p/m
Artist Statement: “From the ‘Most Wanted’ series, this piece is based on the police mugshot of McQueen taken for DUI in 1972. It references the 1971 film "Le Mans" in which McQueen raced a Porsche 917, sponsored by Gulf Petroleum.”